I write about inclusion a lot on my Facebook page. I’ve written about inclusive advertising and inclusive employment and even inclusion at the Oscars. I love inclusion. In fact, inclusion almost made me start crying in my staff workroom on Monday (shout out to Wayland Union Middle School’s Level II resource teacher, Cassie Peereboom…we will talk about this topic another day). It dawned on me the other day, though, that I’ve never really explained what inclusion is and, most of all, why it matters. 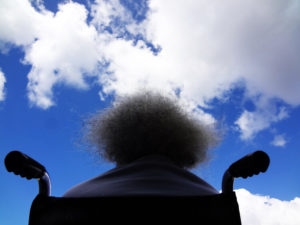 Inclusion is just that – including all members of society into all parts of society. It’s more than just “being nice” and helping someone feel more included. Rather, inclusion is a systematic, intentional plan or set of guidelines by which all citizens have access to their communities. For example, companies putting into place policies that protect and support workers with disabilities or city councils implementing city-wide plans to make walkways more accessible are examples of inclusion. Inclusion can address anything from race to ethnicity to religion to gender, but for my purposes on this blog entry, I’m going to focus on disability inclusion.

Disability inclusion is very important, so important, in fact, that the United Nations had a convention about it. In 2006, countries from all over the world (I’m talking hundreds!) gathered together to discuss how best to address disability rights and inclusion. In the convention document, they stated:

The principles of the present Convention shall be:

1. Respect for inherent dignity, individual autonomy including the freedom to make one’s own choices, and independence of persons;

3. Full and effective participation and inclusion in society;

4. Respect for difference and acceptance of persons with disabilities as part of human diversity and humanity;

7. Equality between men and women;

It must be a pretty big deal if the United Nations decided to meet on this topic. Why is it so important? Aside from the obvious moral and ethical parts of this topic (I mean, making our communities accessible to all people is the correct thing to do, amirite?!), there are some staggering statistics out there. Here are just a few:

If 1/4 of the American population has a disability, that means 1/4 of the American population is at risk of all of the statistics mentioned above. Thus, we, as a society, need to remove the barriers that prevent people with disabilities from accessing what they need to access. Healthcare! Jobs! Education! Community participation! How do we do that? How do you do that? Stay tuned for Part II, coming out in the next few weeks.