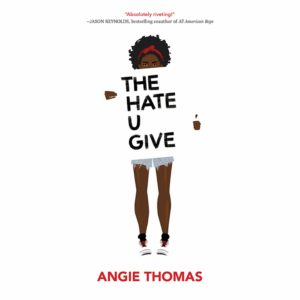 We’re lucky to have Beth Kirchenberg, Middle School and Teen Librarian at River Forest Public Library, back with us for another round.

Since we’re all stuck at home, it’s an excellent time to pick up a book. For your kiddos who are YA aged, Beth has provided us with the ultimate YA literature picks. I mean, it’s coming straight from a YA librarian, so we know it’s going to be great!

Take it away, Beth!

Keeping It Real
Teenagers can so easily relate to the characters; characters who are often flawed, imperfect and facing similar problems to those of the reader. Authors and publishers seem to have tapped into the fact that teenagers like to cry at books even more than they like to laugh at books. Sometimes reading about the most terrible things life has to offer can remind you how fortunate you are or that you are not alone in your struggles.The rise of realism as a genre has also helped raise the profile of previously taboo subjects such as drugs, rape and sexuality in teen fiction. If it takes place realistically, then that allows people to fully put themselves in the situation and thus empathize more effectively. In the same way, writing about situations that actually exist aid the reader’s journey to becoming more accepting of those different from themselves. In my opinion, realistic books allow readers to develop a sense of empathy like no other genre can. Reading about characters experiencing real-life hardship allows teens to encounter the scary things in life from the safety of the pages of a book. From housing projects to suburban mansions, realism allows you to experience it all and become better for it.

Dystopia/Sci Fi/Paranormal
When it comes to demoralizing literature, dystopian novels have it all! Teens are reading about the bad stuff happening in the near or far future rather than actually living it. Dystopias feel honest because we know that politicians, military people and corporate moguls are capable of doing awful things. It helps teens understand the potential impact of their actions.

By proposing possible visions of the future, science fiction asks questions of us—of humanity, of Earth, of individuals—that we wouldn’t ordinarily ask ourselves. Who are we? Where are we going? Real science fiction is as close to an intense discussion of philosophy as you can get while still reading fast-paced, page-turning fiction. And it doesn’t always give us the answers.

Dystopia: an imagined place or state in which everything is unpleasant or bad, typically a totalitarian or environmentally degraded one, ala Hunger Games, Divergent, Maze Runner, etc 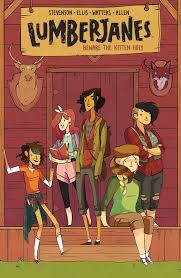 Swoonworthy
Falling in love is one of the most popular topics in young adult novels. But falling in love is complex, especially for teen characters. A teen falls in love and, one minute, the world is rosy. But, the next minute, everything can be dark and dismal. If they believe everyone’s love experiences will include candlelight and fireworks, they are bound to be disappointed. So yes, many are fluffy and unrealistic to provide escapism and others are brutally realistic. All of these emotions are new to teens so everything is overly dramatic and intense ten times over compared to adult romance. Drama, drama, and more drama when it comes to teen romance, but almost all of them follow this basic plot outline:
Infatuation & Conflict
Flirtation.
Friendship.
Commitment.
Love/Happily Ever After 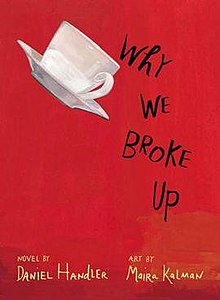 Get Graphic
Here are three reasons to read graphic novels:

Graphic novels are full of text. Sure, they have drawings and illustrations and sometimes photos, but really, graphic novels have text that readers must actually decode, analyze, and comprehend.

Graphic novels are engaging. Often, especially for our struggling or emerging readers, graphic novels add that extra support that kids need to help them through a text. The illustrations keep readers’ minds working, and the combination of text and pictures gets kids through stories that they may have otherwise not completely understood.

Graphic novels are rich. Just like traditional novels, graphic novels have exciting and complex plots, characters, and conflicts. Plots have twists and turns. Characters are developed and are dynamic. Conflicts are presented, unwound, and resolved in the same ways that they are in other texts. The only difference is that graphic novels have graphics to support the development.

Literary: a complete story presented as a book rather than a periodical

Comics: a magazine that presents a serialized story in the form of a comic strip, typically featuring a superhero.

Manga: are comics created in the Japanese language, read back to front, right to left.

Non-Fiction: is non-fiction in the comics medium, often memoirs or historical events. Ours are primarily found in the adult collection.

Kids are very busy. School, homework, sports, jobs, clothes, parents, brothers, sisters, half brothers, half sisters, friendships, love affairs, hanging out, music, and, most of all, screens (TV, Internet, games, texting, Instagramming)—compared with all of that, reading a book is a weak, claim on their time. So these titles are easy to sell to a kid with a mere sentence or two – they have killer hooks, high action, and ooooooze drama. These titles are frequently turned into movies and are good for reluctant readers. You’ll be asking “Did Shonda Rhimes write these?”

Fantasy simultaneously invites us to escape from our daily lives while illuminating them at a slant. We can step into someone else’s shoes or cape or even wings for a while and leave our day-to-day routine and pressures behind. The bigots target shape-shifters, the manipulative older guy is a vampire and the danger of the deep is a dragon that breathes fire. The magic is in the metaphors. They personalize the experience and give it meaning. And we have just enough distance, separated by the fantastical veil, to, ironically enough, see more clearly.

These stories also reinforce readers’ sense of self at a crucial time in their lives. Every kid wants to feel like there are special qualities that set them apart from everyone else. Fantasy books really allow that to happen and highlight that. Characters are forged by fire and put into situations that really bring out the best in them. 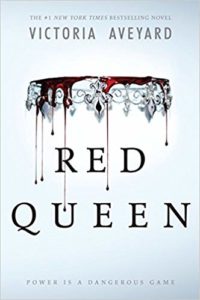 High/Epic: a subgenre, defined either by its setting in a fictional universe or by the epic stature of its characters, themes, and plot.

Retelling: a new, and often updated or retranslated, version of a story or fairy tale.

Magic: the endowment of characters or objects with powers that do not naturally occur in the real world.

While libraries are closed right now, many systems have robust digital collections. In addition, many library systems have waived residence restrictions during our quarantine time. Please check them out! Furthermore, many independent book stores are still offering shipping. Please check in with them as well!